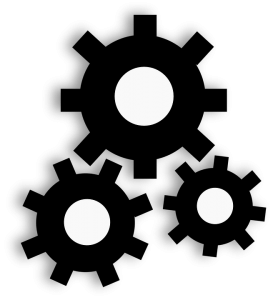 So about 10 months ago, I put in an issue for adding threads/workers to NativeScript.  I realized early on this was a major feature that is missing.  10 months later, I still have that same opinion; the only real major feature NativeScript is really missing is background threads.   For a lot of projects this won't have an effect; but their are those that need to do processing and this missing feature is a major problem for these types of applications as there has not been a good way to work around it.

Well mid-last week, a user x4080 posted a question about if WebViews main thread is tied to the NativeScript main thread or if it could be used as another thread.  Light bulb went on in my head --  awesome thinking outside the box by x4080!     I quickly created a test framework using an existing app I had written and tested it.   The threads are distinct!   Fast forward a couple days and today, I am happy to announce nativescript-webworkers!   I have wrapped everything up on Android so that it works like a just like a traditional WebWorker with extras!  iOS support should be later this week.

To install you just need to do the standard nativescript plugin add nativescript-webworkers then you can follow my simple sample in the docs or any of the countless myriad of webworker examples on the web.   This does obviously increase the ram required and their is a startup cost for the webworker to be primed and ready to run.    But if you have any processing you don't want on the main thread; we now have a solution that should solve most use cases where more than one thread is needed.