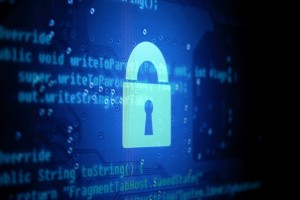 Have you spent months working on the perfect application?  Are you now worried someone will just copy your source code right from your NativeScript application?  (This is not a unique issue to NativeScript; ReactNative, Titanium*,Cordova/PhoneGap and any other platforms that are not compiling Java code have this exact same issue. )

Well, I have a solution for you.  After a lot of hard work; I am proud to introduce my first commercial component into the NativeScript eco-system;  NativeScript-Protect.   The NativeScript-Protect plugin is a (very) simple  install and then it will automatically encrypt and/or minimize your source code while you are building your release version of the project.

It automatically ties itself into the NativeScript (tns) command so that you do not have to do anything. When you run anything that does a build; it will automatically encrypt and/or minimize your build copies of the code.

This does NOT touch your original source code; only the BUILD copies that the NativeScript (tns) command copies into the build system.  So it makes itself a seamless part of your standard build process that you can just totally forget it even exists.

The initial release is only for Android; but I expect to have the iOS runtimes done early next year.

If you would like to see it in action; I have a 4 minute video showing it from start to end.

In addition, two demo APK's compiled as a debug app with everything encrypted or just the main app files encrypted, can be downloaded for you to check out and kick the tires.
(Everything Encrypted) or (App Files Encrypted)
If you have any questions; please feel free to comment here, or contact me via the contact button on the nativescript.tools website.
* - Titanium has a encryption step; however it is rather simple to decrypt system and so in my book this is actually worse than no encryption since it gives a very false sense of security.
UPDATE: The current version turned into AppProtection.net -- So it fully supports Android & iOS. 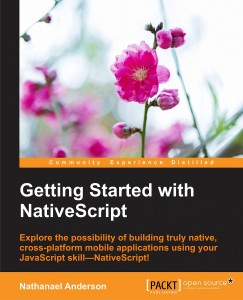 Getting Started with NativeScript

The finalized chapters of my new upcoming book are at the publisher!   The publisher has already put up the book listing on Amazon, it to be sold on Jan 6th 2016. I'll add the links to Google and Apple once I have them.

So I can now actually start to talk about the book; and best of all I can finally get back to the day to day business of doing normal stuff.    Getting this book done was a long road; but I am pleased with the outcome.

I want to thank my wife, Camarell, and our kids for the vast amount of time I had to spend writing and testing and then writing some more.  A lot of time was spent writing both code and words on paper, to make this book a cohesive whole, and they were the ones who missed me the most.

I also want to thank multiple people on the NativeScript team at Telerik; Valio Stoychev for all his support and suggestions.  Iva Koevska, Nikolay Diyanov, Neli Chakarova, for reading the early drafts and making suggestions.  Especially Todor Totev; he is totally AWESOME; he put in a lot of time reading several drafts on this project and then making suggestions.  He is a natural at doing editing and caught several things even my editor even missed!   Again, thank you guys at Telerik!  (Oh, and thanks for NativeScript, NativeScript is the best platform for writing Mobile apps!)

I want to thank the publisher; they got to proof read early chapters; make corrections and generally make sure I stayed on track -- Thank you; Mehvash and Prachi at PACKT Publishing!

I also want to thank my parents; I learned to love books from them and if anyone want to read a excellent science fiction novel series; my Mom and Dads series The Day Star Chronicles.