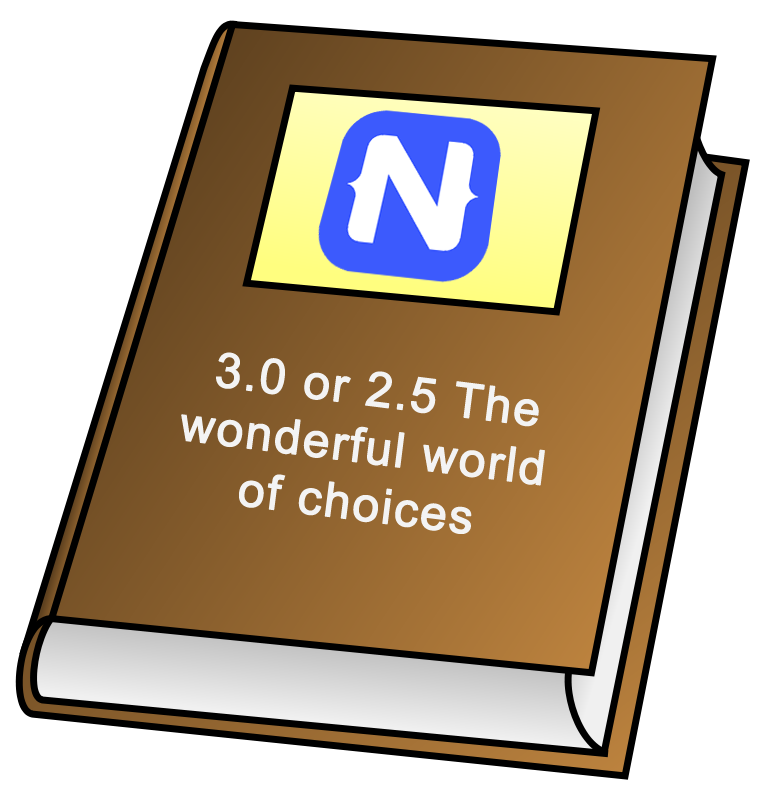 Well, my son has been learning Web and NativeScript for a while and was continuing to work on NativeScript project today (Lots of cool things like GridLayouts, ListViews, Sliders).

So he finally got to see first hand the wonderful world of fun that the new NativeScript 3.0 upgrade has caused.

One of his requirements for his application was ability to include a picture with each data item.  So he used my http://nativescript.rocks site to find the plugins and then did a simple tns plugin add nativescript-imagepicker -- then a tns run android and got the error cannot require the nativescript-imagepicker file in the Android crash dialog.   So I had him do a full rebuild, then as it still doesn't work (and of course he is telling me the plugin shows in the node_modules folder on his local machine).   So, next I have him open his packages.json file.   Its not present.... Hmm, so I ask him try to do a tns plugin add nativescript-imagepicker again.  This time he saw the error about the current project does not supported 3.00 runtimes.

I'm like welcome to the wonderful world of 3.0 incompatibilities, high five time!    You have reached the pinnacle of achievement; welcome to my world!   😉

So then I explained why he was now seeing this issue; and that 3.0 is not compatible with 2.5 in several ways and all the ins and outs of why and then I said you have two choices...

Of course, it wasn't as simple as that -- the developers of the imagepicker plugin has a really stupid issue that were causing building issues that I had to fix for him.  But that is a story for another day...  😉

But none the less it turned into a great teaching moment to improve his skill set on both CLI, NPM and NativeScript...  And so off he goes...  So proud, of this guy...  Can't wait to show off some of his stuff...